On January 29th some of the world’s best will be back at it at Pipeline surf spot (O’ahu, Hawaii)! 112 world-class surfers, such as Kelly Slater and John John Florence will be tearing up Hawaii’s most famous wave at the North Shore of O’ahu during the 6th VOLCOM Pipe Pro from January 29th to […] 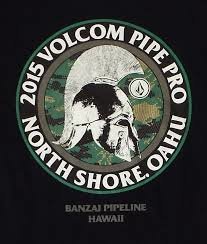 The second event of the 2015 World Surfing League Qualifying Series, the Scoot Burleigh Pro, is coming up in January! It seems like just yesterday that Gabriel Medina claimed the world championship tour title for himself, holding the trophy high above his head at Pipeline. The 20-year-old was announced the first Brazilian winner of […]